Athena's most favorite toy ever is her ChuckIt! Ultra Ball and we love them for many reasons too.  Before discovering ChuckIt! balls, we bought Athena a pack of regular old tennis balls...little did we know that these would only last 30 seconds before being destroyed.  We then went on the hunt for some "indestructible" toys for power chewers like Athena.  After reading many posts online about indestructible dog toys, we read about the ChuckIt! Ultra Ball and went out and bought Athena a pack of two. 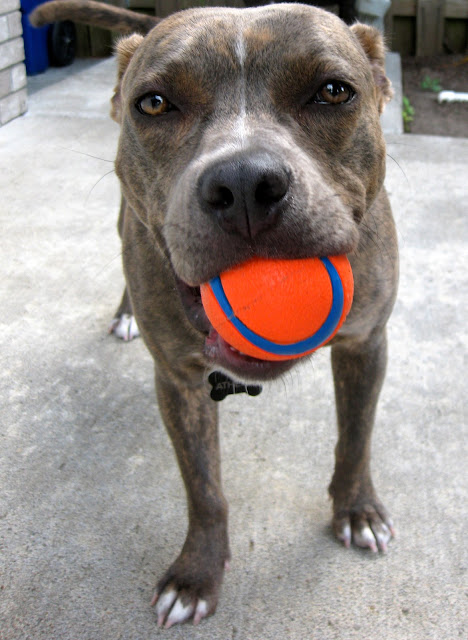 We do have to say that these balls have proved to be indestructible as of now.  These balls are great because the medium size is the exact same size as a standard tennis ball and they are easy to clean with soap and water. 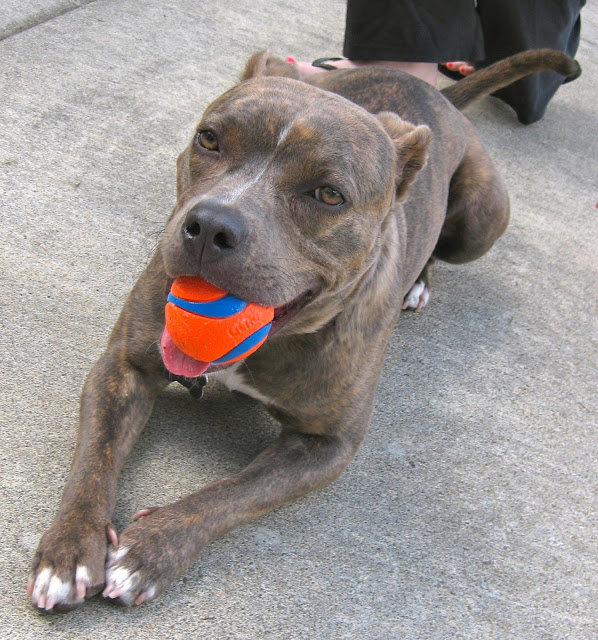 Athena is really weird about the balls that she likes.  She only likes them if they are what we call "puffable."  This means that Athena has to be able to fit the ball into her mouth (the size of a tennis ball is perfect) and be able to "puff" the ball with her jaw.  We call it puffing because when Athena has the ball in her mouth and chews down, the ball makes a puff noise and her face gets all funny looking.  Athena's best puffing comes when she holds the ball in her mouth and then presses it up against a hard surface like the floor, side of the couch, or B's leg.
We bought Athena a KONG Extreme Ball and it was a flop.  Athena really didn't have interest in the ball because the hard black rubber didn't allow for enough puffing action.  Somehow this ball is now stuck behind the shed and we can't retrieve it...we think that Athena shoved it back there on purpose to give us the hint that she's just not that into it. 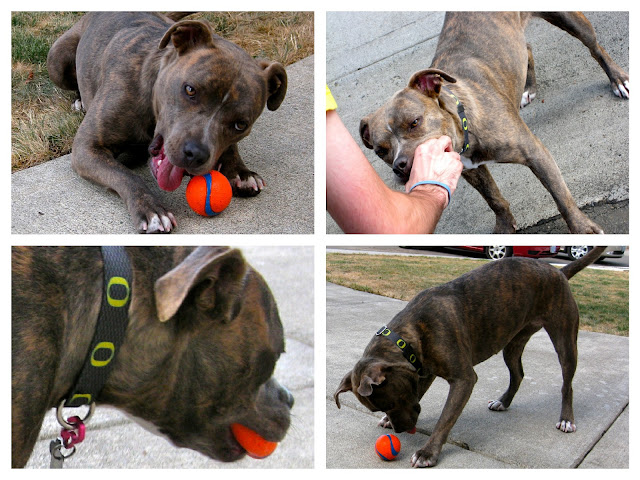 Athena has also become pretty good at carrying her ChuckIt! Whistler Ball in her mouth on our walks with the "bring it" command.  We would recommend the ChickIt! ultra balls over the whistler balls though because even when thrown at long distances, the whistler ball doesn't really whistle much.

Check out this video of Athena "puffing" her favorite ball:


What toys have you found to be indestructible for your power chewers?