Hi guys!  Athena here.  Last week my mom showed you lots of pictures of me laying on my favorite Park It Mat and lots of people especially liked the pictures of me lounging at Starbucks.  A couple very wise people told me on my Facebook page about a special doggie drink that's offered at Starbucks.  Well, I'd never heard of it before, so I begged my mom to let me Googlie this mysterious doggie drink. 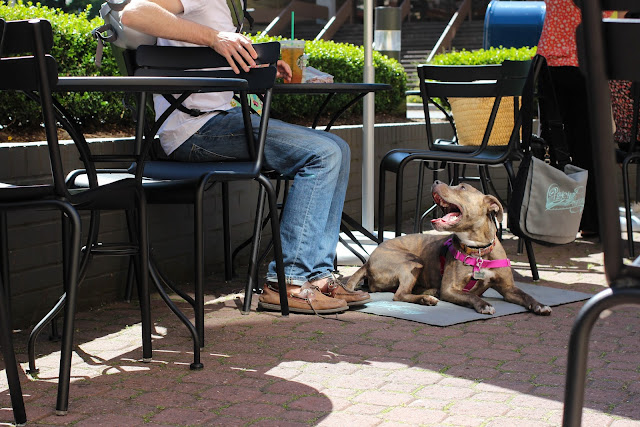 What I found on the Googlies is that there's a top-secret menu at Starbucks that includes a very special doggie drink called a PUPPUCCINO!  My mom couldn't believe it that she'd never heard of a puppuccino before because she's a complete and total Starbucks addict.  She's especially shocked that none of the baristas had ever offered this brindle butt a puppuccino after all of the special attentions they give me when I visit. 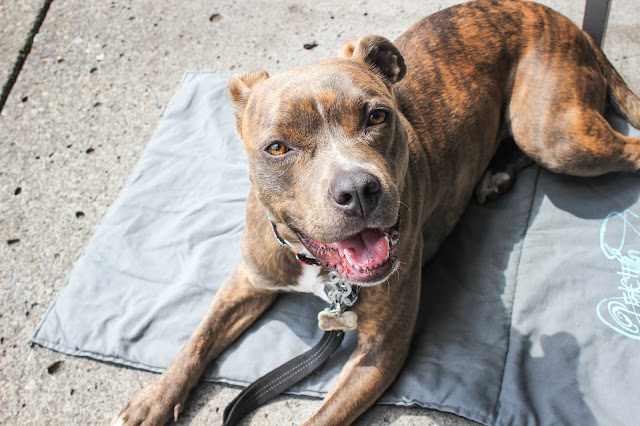 Well, instead of protesting about not being informed of the secret menu, my mom brought me along to Starbucks yesterday to get a puppuccino of my very own.  Since she had only ever heard of a puppuccino from the internets, she got a little nervous to ask for one.  So, instead of just ordering a puppuccino like a big girl, she said something like, "do you make the special cups of whipped cream for dogs here?"  The kind man behind the register responded with, "a puppuccino?!  Of course we can make one of those!" 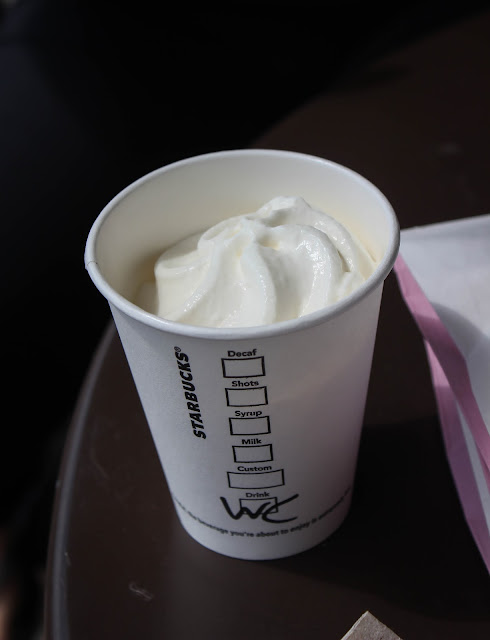 Now I bet you're wondering just exactly what a puppuccino is (well, unless we are the only ones on the planet who have never heard of a puppuccino before...then you can go ahead and just totally disregard this post...).  A puppuccino is a cup of delightfully fluffy WHIPPED CREAM!!!!  Yeah, I know it's probably not the best thing for the Bean's sensitive tummy, but a girl's gotta live a little! 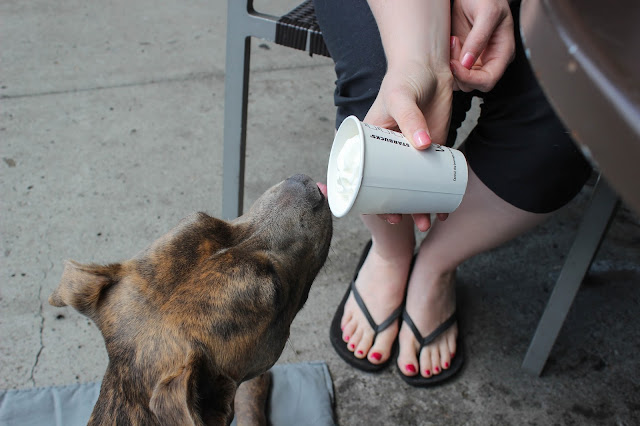 The other really cool thing about these puppuccinos is that they are totally free!  Since I loved mine so much, mom said she's going to start ordering them for me for being the best Bean I can be.  She said that I probably can't have one EVERY time that I go to Starbucks with her because she doesn't want the Bean to get chunky (seeing as she goes to Starbucks way too often), but I can have one on occasion. 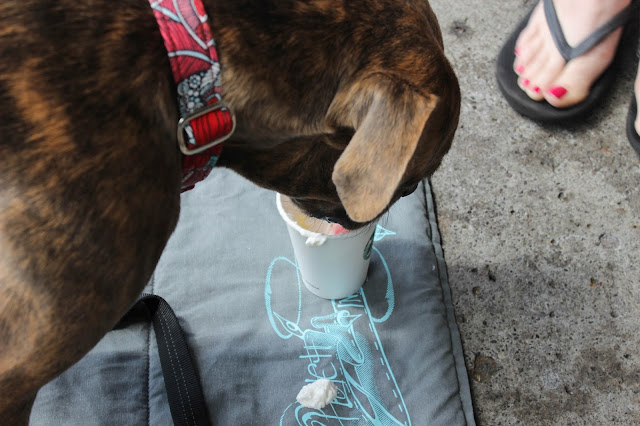 The only thing that I didn't like about my puppuccino is when there was nothing left in the cup to lick.  That made this Bean very, very sad.  I even begged for another one, but mom said that it would be rude to ask for seconds.  I certainly don't know what's rude about that.  Starbucks should consider it a compliment! 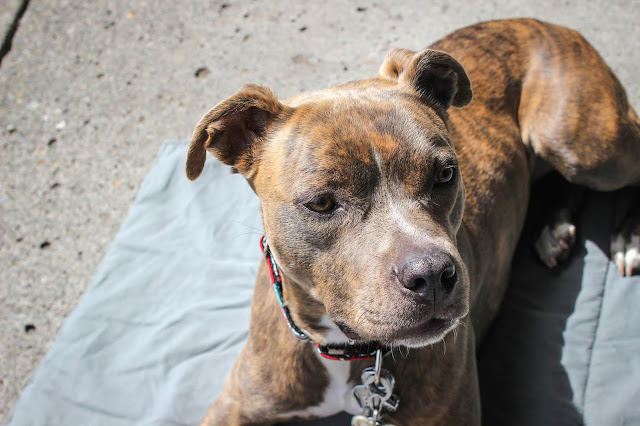 Anywho, I suggest you beg your moms and dads to let you Googlie the puppuccino so that they will take you to Starbucks too to get your very own! 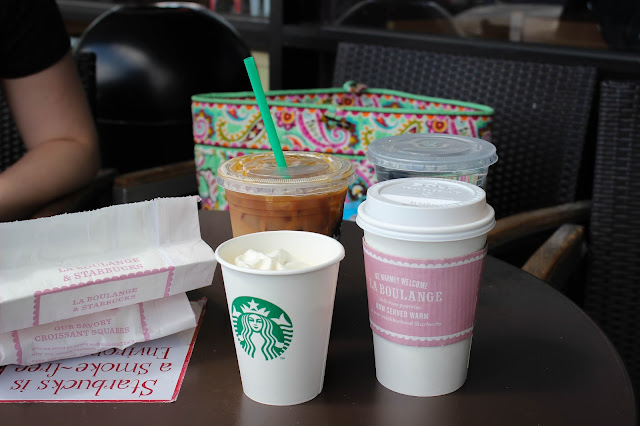 Did you guys all know about the puppuccino before reading this?  If you did, why on earth didn't you ever mention it to the Bean?!  If you didn't already know about it, I'm glad I wasn't the only one.  And now the whole world will know! 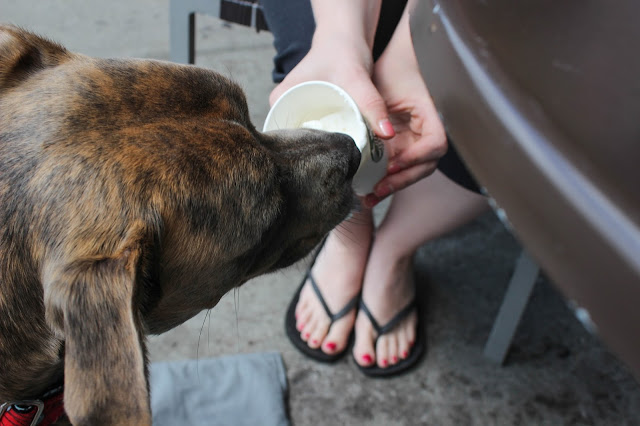 You can thank me later for the boost in sales, Starbucks!

Love, the Bean
Posted by Pitlandia Pooch at 6:00 AM