As many of you know, Athena is a baby picker.  She LOVES to unstuff her stuffed animals by picking at their weak spots.  We have noticed that Athena would rather pick at her toys than chew on them.  For example, Athena has actually never chewed on a Kong.  She simply holds it between her two front paws and licks out all of the deliciousness.  When looking for new fun and exciting activities for Athena, we usually rule out anything that involves chewing.  We look for toys that Athena can either pick (like stuffed animals), lick (like Kongs), or nose bop (like weighted food dispensers).

So when I recently found this genius at-home game for dogs who like to "disembowel" their stuffed animals, I knew that we had to give it a try.  Not only is this an awesome game for metal stimulation, but we happened to have all of the necessary materials at home making it FREE! 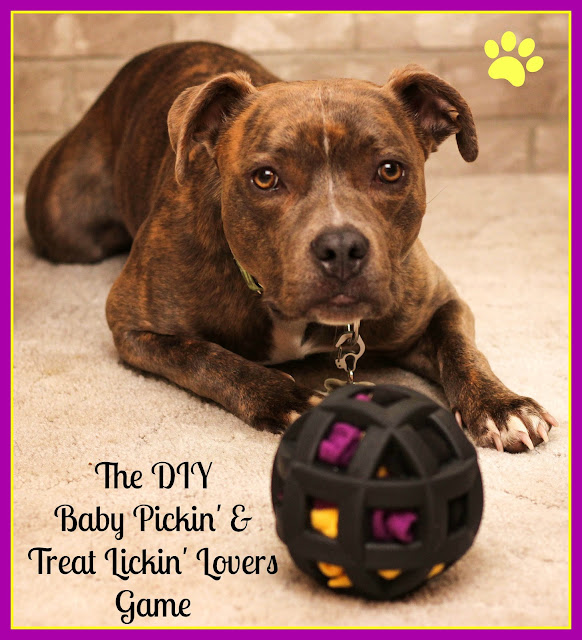 This game, which we've named The DIY Baby Pickin' & Treat Lickin' Lovers Game, is a game that can be played over and over again with quite a bit less mess than a destuffed baby.  Here's what you need for the game: 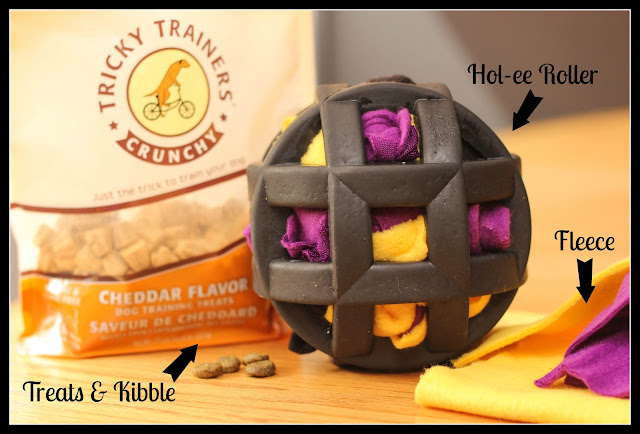 We own the Hol-ee Roller X Extreme and will often stuff Athena's dental bone inside.  Although you can use the original Hol-ee Roller for this game, we like the Extreme version because of its small openings and durability.  For the fleece, we used strips of fleece scraps that we had at home and cut them into all different sizes (you can usually find super cheap fleece in the remnants bucket at the fabric store). 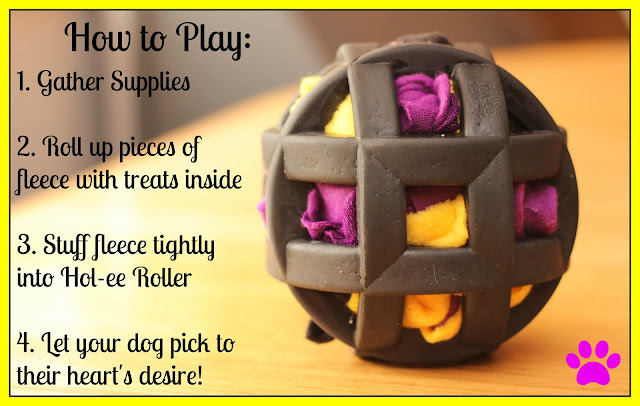 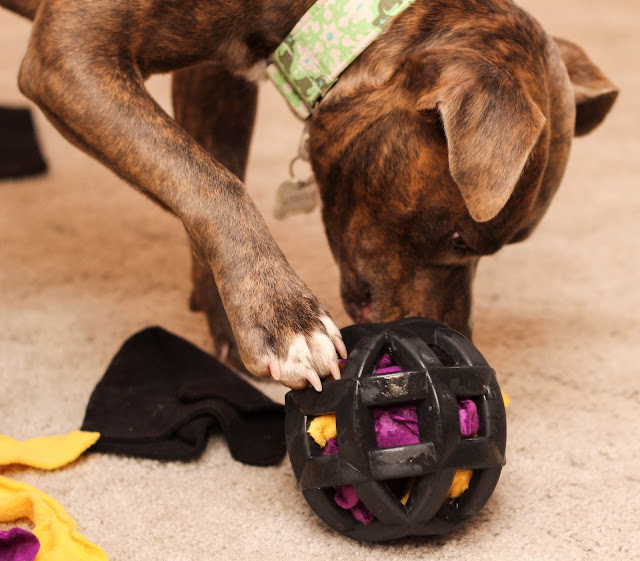 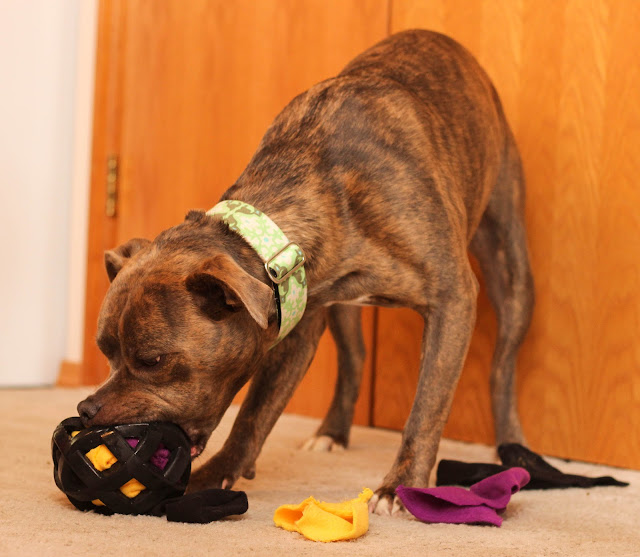 Athena spends a good amount of time working to get all of the fleece pieces out of the Hol-ee Roller.  We love that this game provides her with mental stimulation that is a bit different than her usual breakfast and dinner food dispensing toy.  This game really involves quite a few of her favorite things in life: pickin', treats, and a ball.  It's also nice that we don't have to go around the house picking up tufts of baby stuffing that just gets thrown in the garbage.  This game is truly reusable because we can use the fleece pieces over and over again (and they are washable!). 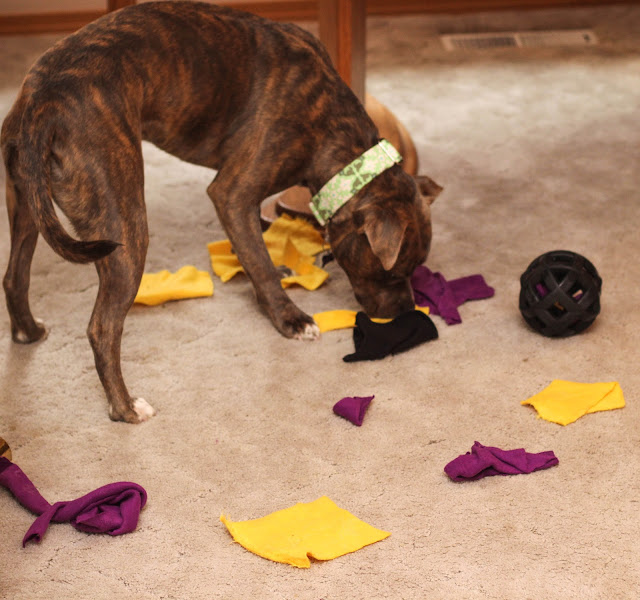 What are your dog's favorite DIY games?
Posted by Pitlandia Pooch at 6:00 AM