I know that the Easter excitement is probably over, and you've probably seen dozens of adorable dogs wearing their bunny ears, but I just couldn't NOT post about Athena's first Easter with us!  With yesterday being the April Bow of the Month post, our Easter post had to be delayed until today.  Here's how Athena celebrated the holiday: 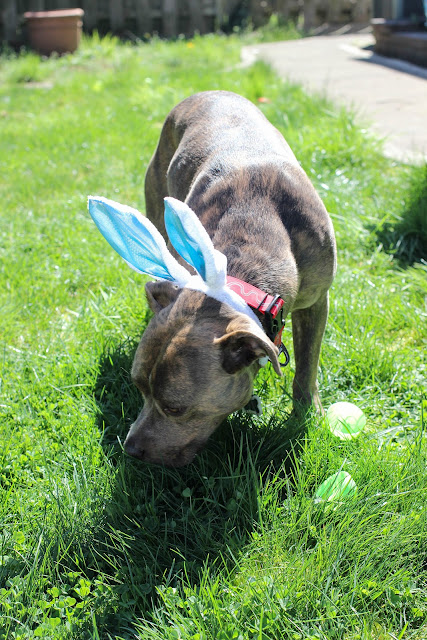 Last week we shared our plans for a kibble egg hunt using large-sized plastic eggs filled with food and treats.  Athena practiced hunting for eggs in the backyard a couple of times before her big performance on Easter day when the entire family watched her hunt (just like they did for the human kids)!  Everyone wanted to take pictures and videos of Athena to send to their friends and coworkers to show them "a pit bull wearing bunny ears going on an Easter egg hunt."  Apparently they think we are crazy. 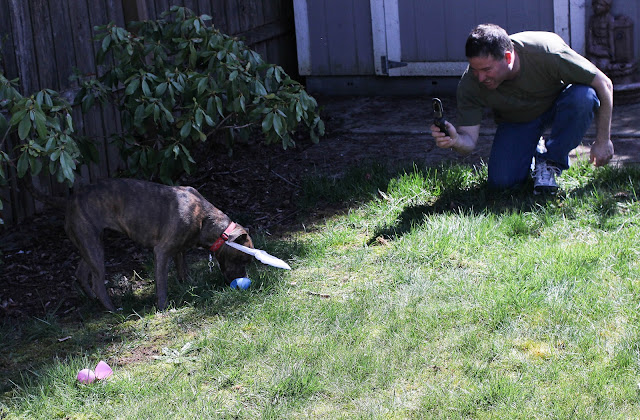 Of course, the mega hunt didn't go off without a hitch.  Athena managed to get her Easter basket stuck to her bunny ears when she poked her nose inside for a sniff.  So, she literally dragged her basket around attached to her ears during her hunt.  It was hilarious! 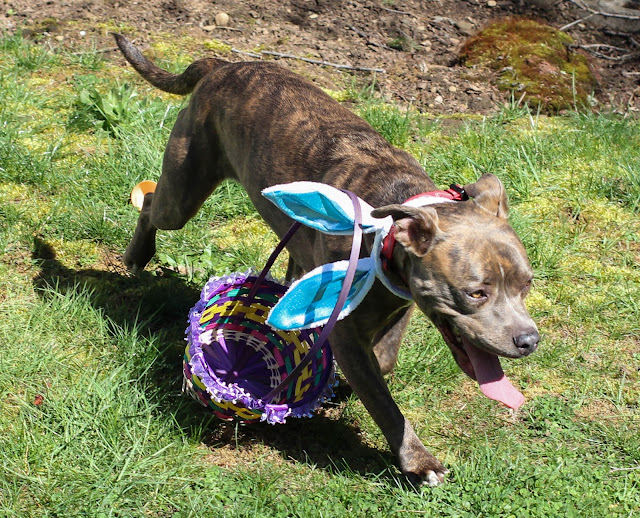 One of B's cousins recently had a baby and we got to meet him for the first time on Easter.  This was Athena's first experience (that we know of) meeting an infant.  She was quite curious and spent a lot of time sniffing his head while people held him.  We know that she adores children, so it was great to see that she's a baby lover too! 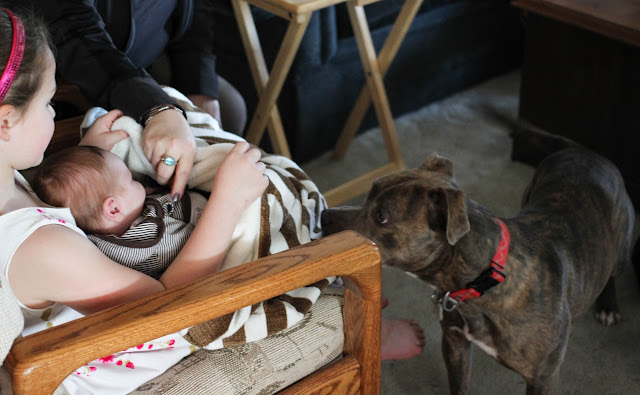 There's one family member in particular that Athena is not very fond of during family get-togethers.  We still can't figure out what it is about him because he's close to our age and is quite dog-savvy.  But, as of now we don't know what it is about certain people that Athena is afraid of.  On Easter Athena seemed to get over most of her fear of this particular scary person because he spent a lot of time playing fetch with her in the backyard. 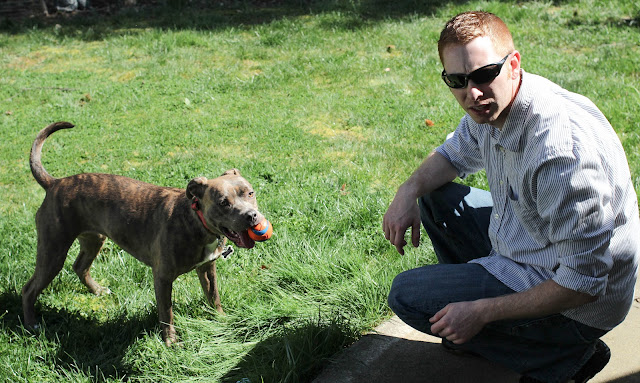 Athena also played ball with the scary guy's toddler who must be a dog whisperer because Athena dropped the ball for him every time (she is very selective on when she will drop the ball for us). 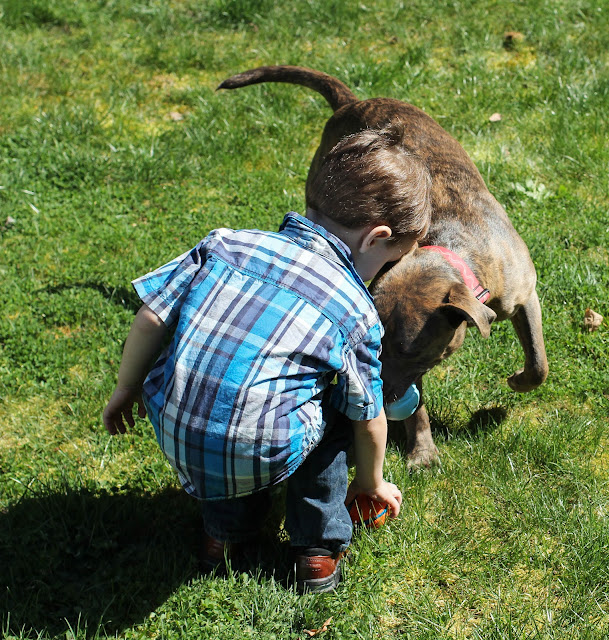 This post wouldn't be complete without a couple of pictures of our Easter bunny: 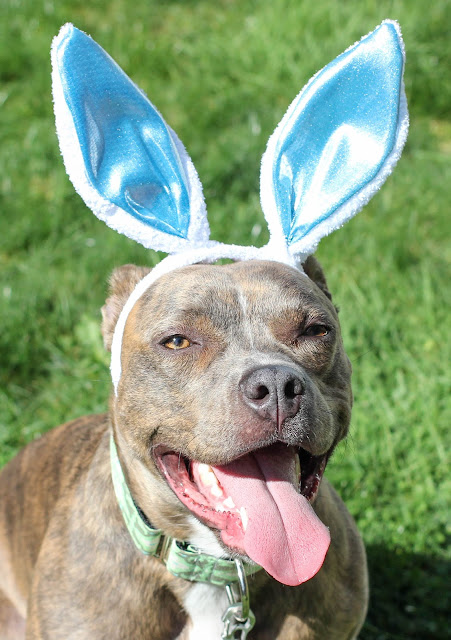 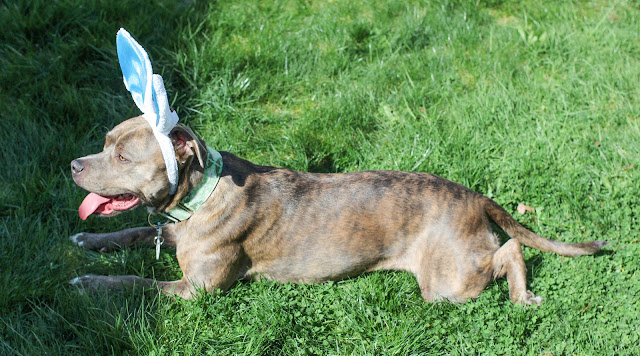 How did you spend your Easter?  Did any of you put on a kibble egg hunt for your dogs?
Posted by Pitlandia Pooch at 6:00 AM