Early Sunday morning we drove back from the beach and straight to the shelter where we adopted Athena from.  As much as Athena would have loved to romp in the sand some more, there was no way that we were missing the shelter's sports demo day!  Not only did we have the chance to try out agility, rally, weight pull, nosework, freestyle, and clicker training, but Athena was also a part of the flyball demo with our team the Flying Underdogs.

Amidst the rain, dogs and their owners flocked to the shelter to try their hand at all of sports.  We were especially excited to participate in the sport's demo day because it was held at the shelter where Athena was adopted from.  It was an extra special day for us because we met so many shelter volunteers who remembered Athena and were able to see how far she has come in the last year.  Although Athena didn't get to demo too many of her flyball skills, she was able to try out a variety of other dog sports that we've always been curious about like...

Rally is on our list of sports that we'd like to try out this year.  Well, we can now officially mark it off of our list because Athena gave it a go on Sunday!  After learning how to walk the course, Athena and I gave it a try and she did surprisingly well.  She was able to heel at my side and stop at each cone for directions which included sits, downs, turns, and stays. 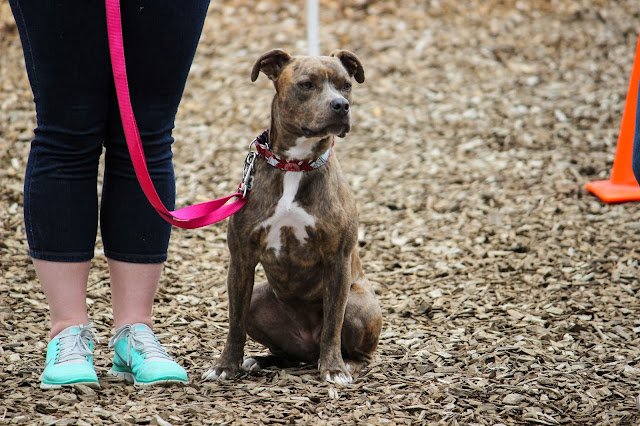 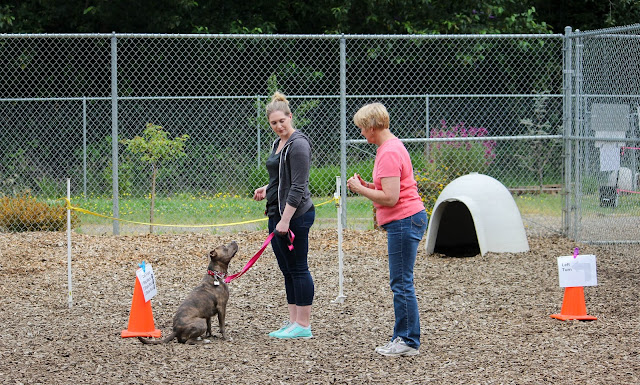 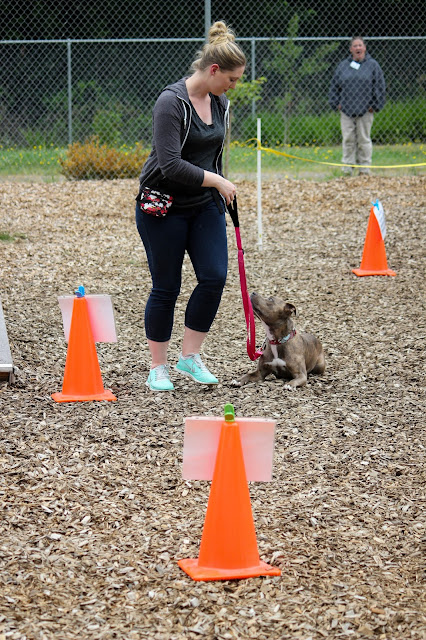 After rally, we had the chance to try out...

Ohhhh, agility!  One of the sports that I've always lusted over and never thought that Athena would excel at due to her fear of pretty much everything.  Although agility is also on our list of sports to try out in 2013, we have always thought that Athena might be too nervous to attempt some of the equipment.  Well, at the sport's demo day we were able to try it out and guess what?  Athena was GREAT!  She even went through the tunnel multiple times; something we never thought that she would step foot in.  Because the agility trial went so well, we are now seriously considering starting a foundations class in the very near future! 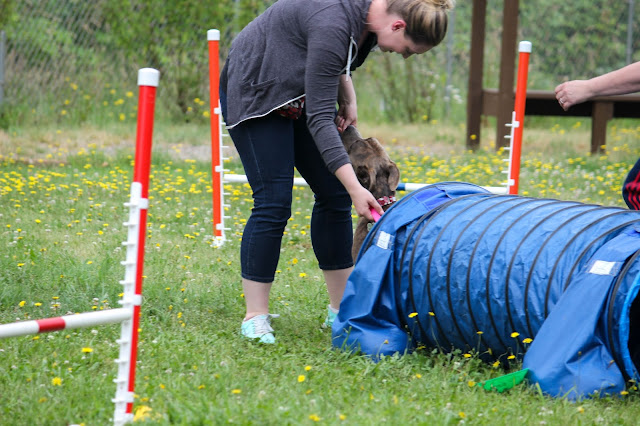 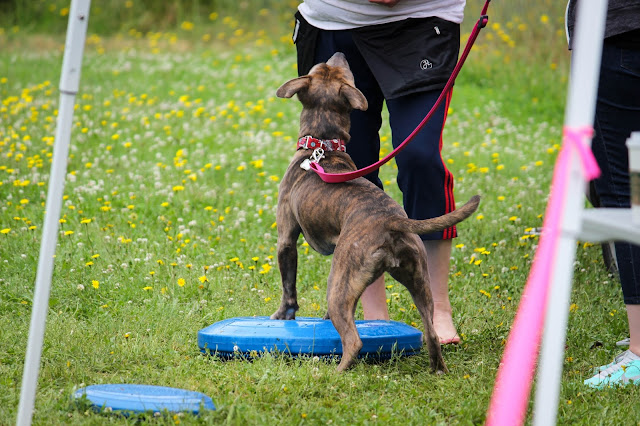 Then we tried out...

When we approached the weight pull booth, I was sure that Athena was not going to be very happy about trying on the big bulky weight pull harness.  However, once she was fitted with the harness, she walked right by my side with only a few glances back to see what was hanging off of her bum.  Once some wight was added to the back of the harness, Athena went to work pulling! 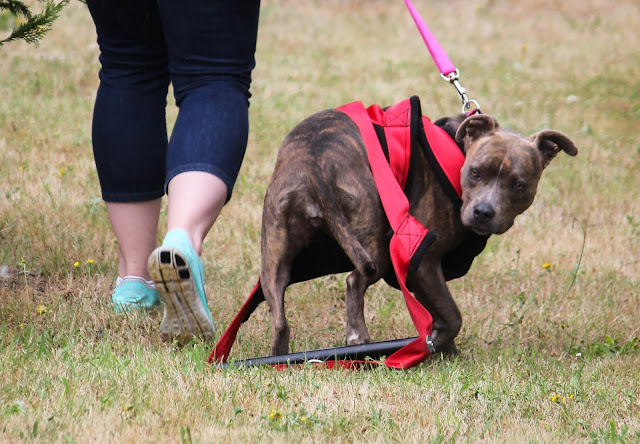 During the demo we also tried out canine freestyle (doggie dancing!) which unfortunately we didn't get pictures of, but Athena thought we were totally bonkers when the music turned on and we started giving her commands.  We learned that Athena has some work to do if she ever wants to be a professional dancer!  There was also a clicker training booth where Athena started working on a 'hold' command using a clicker.  The demo also features nosework, but seeing as we've already done two nosework demos in the past, we skipped the line and spent more time at the other demos.

Of course the main attraction for us at the demo day was flyball!  Tons of dogs and their handlers signed up to give flyball a try and many of them had great potential.  I also baked special grain-free treats to hand out at our booth and I can't wait to share the recipe with you tomorrow!

Overall, the sport's demo day at Clackamas County Dog Services was a total blast!  Our list of activities that we want to enroll Athena in is getting quite long and I'm thinking that not all of them will even fit into 2013.  But, we do know that sports will definitely be a part of Athena's life and training for years to come because she has shown us that she's quite the athlete.

Have you ever tried a dog sport with your dog?
Posted by Pitlandia Pooch at 6:00 AM