As mentioned a few times on our Facebook page, over the weekend we attended the NW Pet and Companion Fair held at the Portland Expo Center.  This event was free to the public and pets were welcome which meant that Athena got to join in on the fun!

We'd been planning on attending the pet fair for some time, but last week we were invited to also partake in the flyball demos with the team that we practice with, Flying Underdogs Flyball Club, as well as Muddy Paws Flyball Club and the Stumptown Racers. 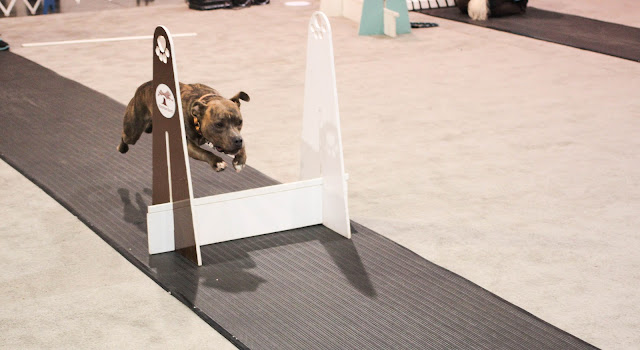 Athena has really been improving in flyball, but she's not quite ready to complete a full run, let alone run with a team of three other dogs.  For this reason, she is considered a "green dog" and wasn't able to participate in the actual demos at the pet fair.  She was however able to use the time in between the demos to practice! 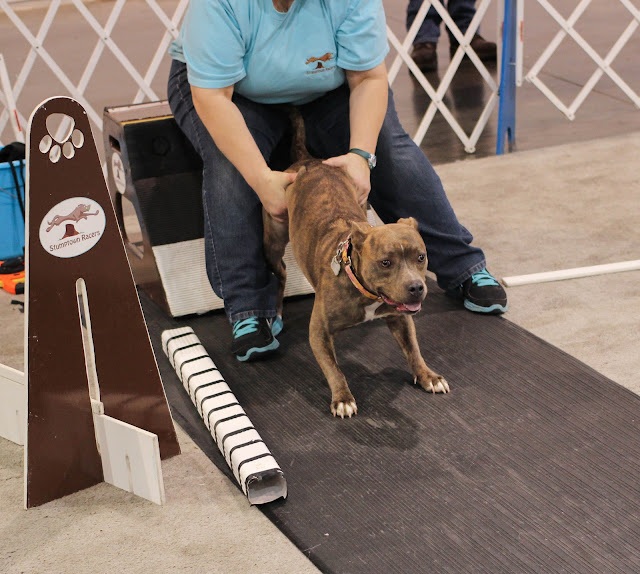 As many of you know, Athena is a big scaredy-cat when it comes to new situations.  For this reason I was a little unsure of how Athena would perform in a new venue, with new dogs, and lots of people around.  Apparently when flyball is involved Athena has no fear!  She was raring to go each and every time that it was her turn to practice. 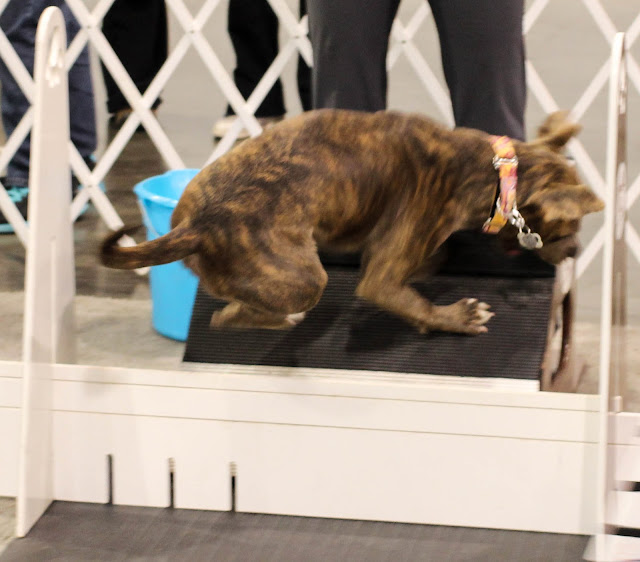 Athena even did a few successful box turns (as seen in the photo above).  She used to be lazy and stretch her neck out to get the ball from the box instead of actually jumping on the box to get the ball.  This weekend she got all four paws up onto the box to release the ball!  Athena also dropped the ball on her own and tugged with me at the end of one run (usually she will run to me with the ball in her mouth, I then have to grab her collar, say "drop it", and then tug). 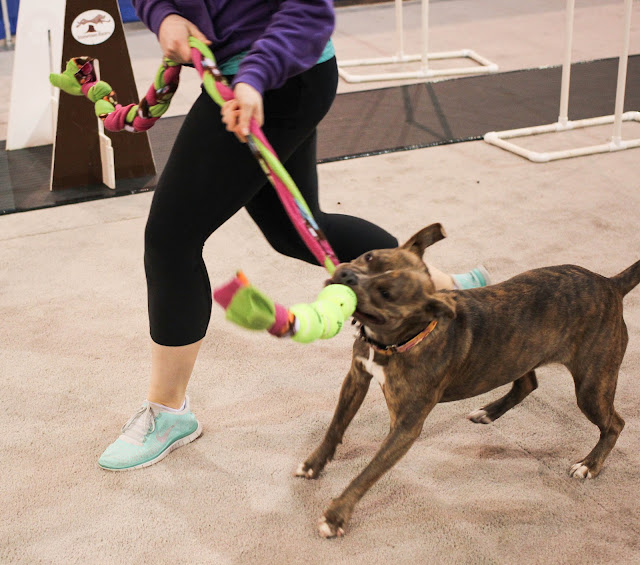 Not only did Athena tug with me at the end of all of her runs (in front of crowds of people!), but she also tugged with me all around the expo center on Sunday (something that she wouldn't do in public on Saturday).  I would say that this weekend was quite the flyball success!  And might I add that I may have caught a bit of the flyball bug....!

It was also so fun to watch all of the pros demoing flyball!

The pet fair was clearly a huge success over the weekend because it was completely packed all day on both Saturday and Sunday.  Although this is great for the event and the vendors that attended, it wasn't so great for all of the participants and their dogs.  I found it very difficult to move through the aisles (especially on Saturday) and had a hard time even getting to a booth to look.  It was just a bit too crowded for the particular event hall that it was located in.


A few times we walked Athena around, but I was seriously afraid that someone was going to step on her, or that a wheelchair or dog stroller would roll over her foot.  For this reason I was very glad that we had Athena's crate with us for the flyball demos and were able to put her in it when the environment got too overwhelming.  If we didn't have the crate with us, B and I probably would have had to trade off walking down the aisles while the other waited with Athena in the seating area. 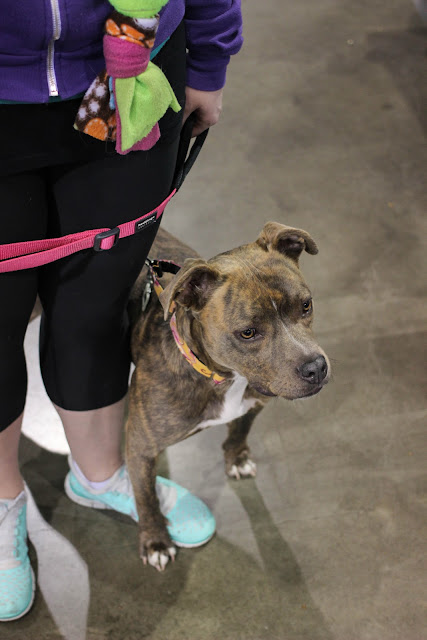 Aside from the hoards of people and dogs,  I did appreciate all of the great free samples of kibble, treats, and toys that we received at the fair.  We also saw some of our favorites like Leanlix and Family Dogs New Life Shelter and even met some new people like those from Cascade Dock Dogs (watch out, Athena might be dock diver in the future!).  Athena also got to meet LOTS of doggies which is her absolute favorite!

We're always looking for dog-friendly events in Portland, so this was a fun way to spend our weekend.  Was your weekend as dog-centric as ours?
Posted by Pitlandia Pooch at 6:00 AM